Bullying – why people bully and how to react 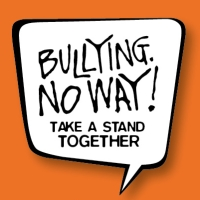 14 Mar Bullying – why people bully and how to react

Posted at 10:00h in Featured Articles by Stacey Hansen

In the lead up to the National Day of Action against Bullying and Violence (March 16,2018) we stop and reflect of on the behaviours of bullies and what we can do minimise the risk of being bullied and combat this behaviour.

Why Do People Bully Others?

There are various reasons why an individual may bully others. Some of these explanations are below:

Attention seeking: Some bullies are looking for attention. They might think bullying is a way to be popular or to get what they want. Most bullies are trying to make themselves feel more important. When they pick on someone else, it can make them feel big and powerful.

Family situations: Some bullies come from families where everyone is angry and shouting all the time. They may think that being angry, calling names, and pushing people around is a normal way to act. Some have been bullied themselves.

They don’t know they are hurting others: Sometimes bullies know that what they’re doing or saying hurts other people. But other bullies may not really know how hurtful their actions can be. Therefore, most bullies don’t understand or care about the feelings of others.

To get power: Bullies often pick on someone they think they can have power over. They might pick on kids who get upset easily or who have trouble sticking up for themselves. Getting a big reaction out of someone can make bullies feel like they have the power they want. Sometimes bullies pick on someone who is smarter than they are or different from them in some way. In comparison, sometimes bullies just pick on a kid for no reason at all.

How to beat a bully – Assertiveness is key!

When people – particularly children – tell us about someone teasing or bullying them, we frequently advise to tell a teacher or superior. Often the response is “that will make it worse”. Which does have some truth in it. So how can people protect themselves against a bully? By learning to be assertive!

How to be assertive

The following methods can be used to respond to bullies when they say something offensive. Remember, the key is to be assertive, which means not getting aggressive or insulting back.

Start saying no: For a tiny word, it can feel very hard to say, but it’s completely within your right to use it. Most importantly, say ‘no’ as if you mean it. Say it forcefully, clearly and loud enough to be heard.

Keep saying No: When someone keeps asks you to do something you don’t want, keep saying no until the bully gets the message.

Speak confidently (even if you’re not): When you use a verbal response with a bully, it’s important to use an assertive voice, one that is strong, calm and sounds confident. Take a deep breath before speaking and don’t let the bully rush you.

Use assertive body language: Being assertive isn’t just about how you talk but it is also in your body language – i.e. the way you hold yourself physically. Bullies pick on people who they think won’t stand up for themselves and will often target those who look nervous. Here are a few simple things you can do to ‘stand tall’ and appear confident (even if you don’t feel it!). 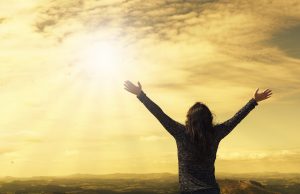 Practice assertiveness: Practicing being assertive is key to actually achieving it. To practice you can ask for help from your parents, or close friend, or even practice in the mirror.

NOTE: Of most importance is that you stay safe. If you ever feel under threat, always yell to attract attention, run away from danger and tell an adult or authority immediately.

If you or someone you care for needs support to develop their assertiveness, please contact us.

Stacey Hansen is the Owner/Principal Psychologist of Your Psych Centre. She has a Bachelor of Psychology (1st Class Honours) and is currently studying a Master of Clinical Psychology. She has special interest in the area of Child and Adolescent psychology with experience in both Psychological Assessment and Intervention. She is also a mother to three children and understands the joy and challenges that parenting entails.